Ayo Teriba is CEO of Economic Associates (EA) where he provides strategic direction for ongoing research and consulting on the outlook of the Nigerian economy, focusing on global, continental, national, regional, state, and sector issues. Ayo is the Coordinator of the Technical Working Group (TWG) on Financial Sector and Capital Markets on National Development Plans MTNDP 2021-25, MTNDP 2026-30, and Nigeria Agenda 2050. He is the Vice-Chairman of the Technical Committee of the National Council on Privatization (TC-NCP), aligning privatization programmes with the macroeconomy. He is a Member of Board of Economic Advisers in the Office of the Economic Adviser to the Vice-President, contributing to the conception of economic policy ideas for the country. He is a Member of Nigeria’s Industrial Council, shaping efforts to ensure Nigeria’s industrial advancement.

Before becoming CEO of EA in 2004, Ayo was Chief Economist at ThisDay Newspaper (2001-2004), Faculty Member at Lagos Business School (1995-2001), Head of Research at Lagos Chamber of Commerce (1993-1995), and Company Economist at UAC of Nigeria (1992-1993). He has also worked as Consultant to many blue-chip companies, Federal ministries, departments and agencies, State Governments, DfID, USAID, UNIDO, World Bank, GIZ, and was a Visiting Scholar to the IMF Research Department in Washington DC. Ayo received grants from Ford Foundation and Rockefeller Foundation, chaired the steering committee of Money, Macroeconomic and Finance Research Group of Money Market Association of Nigeria. He is a Council Member and Chair of Economic and Statistics Committee of Lagos Chamber of Commerce and Industry, a Non-Executive Director of Proshare, and was a Non-Executive Director of Greenwich Trust Group. 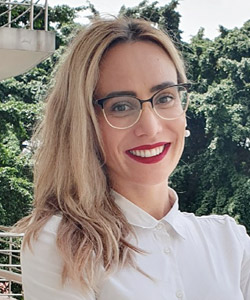 Silvia Lambiase is a Consulting Associate at Economic Associates (EA). She is polyglot with vast experience in economic analysis, media, journalism, consulting, business development, and marketing in various countries including Nigeria.

She worked at The Business Year, a global media group, as Country Director and Editor. She holds B.Sc. in International Economic Relations from La Sapienza University of Rome and MSc in Economics and Finance from the University of Liverpool. 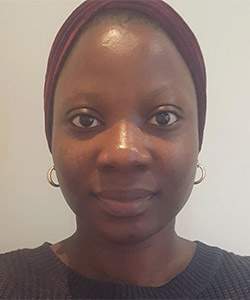 She earned B.Sc. Economics with First Class Honours as the best graduating student from Lead City University, Ibadan in 2013, earned M.Sc. International Finance and Economic Development from the University of Kent in 2015, and has enrolled for full-time PhD studies in International Business at University of Leeds since September 2019.